Growing up With Growers

About Chase and His Life as a Grower 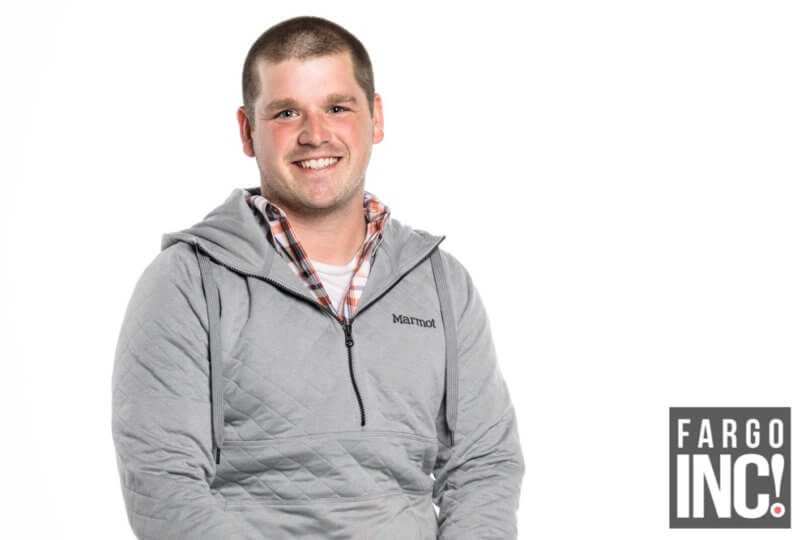 Chase Nelson is a third-generation farmer on his family’s property right outside of Arthur, North Dakota, where they grow corn, soybeans, wheat, and Aronia berries. This year they have begun to dabble with growing alfalfa as well. Chase is a Concordia College graduate, one who tested his ability with many differing majors; however, farming was his found passion.

“When I first left high school, I wasn’t sure framing was the career I wanted to pursue. It wasn’t until after I tried a few different majors and worked a few internships that I realized farming was in my blood and something I needed to do.”

Their farm has brought three growers together, Chase, his father Greg Nelson, and brother-in-law Adam Kapaun. Since 2015, Chase has been farming full time and has had many highs and many lows. With farming being so dependent on the weather, Chase has learned the power of perseverance. “There is nothing better than taking the crop you’ve worked all year for to the elevator.” Some of the lows that Chase and his family of farmers have experienced have been the last few years of extremely wet conditions, along with this year’s arid conditions. Their farm has been lucky in catching a few of this growing season’s rains; however, every week seems to be stressful for them as the weather plays such a significant role in their profession.

Chase enjoys exploring all the new software and apps that can help streamline its farming operations. Figuring out which software is good and not is a job in and of itself; however, it is a win for this family of farmers when it comes to finding software that works for them. The only way to learn new things is for Chase and his family to try new things and figure them out through trial and error.