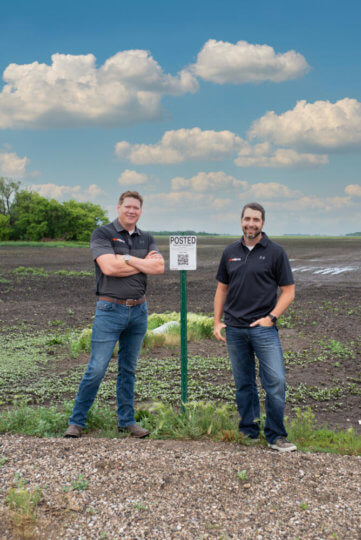 Levi Otis is the Co-Founder of QR Posts, a land management web application that helps farmers manage their hunting and other land access requests. Levi attended Lake Region State College and North Dakota State University (NDSU). He’s always been intrigued by entrepreneurship; it just took the right idea for him to fully submerge into the entrepreneurial ecosystem. The support from friends, family, community, and customer base has encouraged him to double down and succeed. Like most entrepreneurs, Levi has felt the pressure to produce a product utilized by those he works to create.  For the last several sessions, Levi has attended the North Dakota Legislature, where he has worked on issues concerning water. On a drive with his brother-in-law, Levi voiced matters that had been brought to his attention regarding the often dysfunctional relationship between hunters and farmers. After brainstorming ways to simplify communication between these two groups, Levi came up with the idea behind QR Posts.

QR Posts’ recognizes the importance of private property rights and the importance of outdoor sports. “We saw conflicts between landowners and hunters and discovered that we could mend those relationships by simplifying the communication process by listening to each of their needs,” stated Levi in a written statement. QR Posts allow for simplified communication through a QR code on a posted sign; this helps landowners manage their land access requests by streamlining the communication process and mending relationships between the two groups.